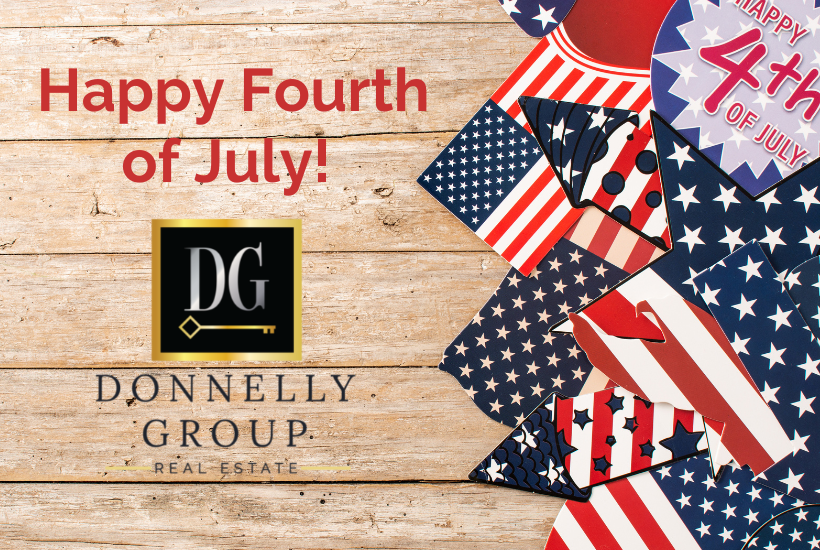 July 4th, also known as Independence Day, marked the American Colony’s adoption in 1776 of the Declaration of Independence, declaring our independence from Great Britain and it’s king. On that date, America was born.

American’s like to go all out for our country’s birthday and celebrations include parties, picnics, barbecues, parades and, of course, fireworks. As enjoyable as the holiday may be, there are some interesting facts about July 4th that you may not know.

The official vote to declare independence from Britain took place on July 2nd. The Declaration of Independence was adopted and printed in newspapers on July 4th.

2.  Only Two Men Signed the Declaration of Independence on July 4th, 1776.

They were Charles Thompson and the famous John Hancock. Most of the other 54 delegates signed on August 2nd.

3.  The Thirteen Stars on The First American Flag Were Arranged in a Circle.

This was to represent that all the colonies were equal.

Nearly 100 years after the nation was founded Congress declared July 4th an official unpaid holiday for federal employees. It wasn’t until 1938 that the day became a paid federal holiday.

Fireworks were part of the first Independence Day anniversary celebration in 1777 and have been a tradition every year since then. In 1884, a group of miners blew up the post office in Swan, Colorado, because it wasn’t supplied with fireworks.*

7.  The First Independence Day Celebration Took Place in Philadelphia in 1777.

That was also the first time that the Declaration of Independence was first read in public after people were summoned by the ringing of the Liberty Bell.  The Liberty Bell’s famous crack happened on George Washington’s birthday in 1846.  Since then, every July 4th the Liberty Bell is tapped (not rung) thirteen times in honor of the original thirteen colonies.

8.  The Song Yankee Doodle Was Originally Sung By British Solders to Mock The Colonials.

One version is attributed to a British army surgeon, Dr. Richard Shuckburgh who wrote the song after seeing the disheveled, rag-tag colonial soldiers.**

9.  An Interesting Story About The 50-Star Flag.

In 1958, Alaska and Hawaii were nearing statehood.  A history teacher gave a class assignment to redesign the national flag with 50 stars. Robert Heft, aged 16, designed a new flag using an old 48-star flag and $2.87 worth of blue cloth and some white iron-on material. He earned a B- for his efforts. He decided to challenge his grade by sending his flag to Washington D.C. to be considered by then President Dwight D Eisenhower. Heft was one of thousands who submitted a design but was the only one who actually made a flag and sent it in. His design was selected and it became the official flag in 1960. His grade was rightfully changed to an A.***

The food that reigns supreme every 4th of July is the hot dog. It’s no surprise that July is National Hot Dog Month. According to the National Sausage and Hot Dog Council (NHDSC), Americans are expected to consume 150 million hot dogs on July 4th alone. That’s enough to stretch across the country from Washington D.C. to Los Angeles more than five times. ****

No matter how you plan to celebrate the 4th of July this year, the members of the Donnelly Group wish you a safe and happy Independence Day.